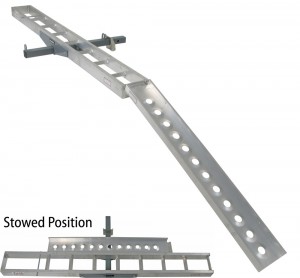 You likely already know of hitch-mounted motorcycle carriers, especially if you have been to any sort of bike race in recent years. Even if you have simply hopped on the highway and come up behind an RV carrying a scooter on its backside, then you have probably seen one of these. The Rage AMC-400 is a lightweight aluminum motorcycle carrier designed for carrying up to a 400 pound bike – it’s best suited for dirt bikes or dirt-biased dual-sports.Rage makes the AMC-400 out of rugged, rust-resistant aircraft aluminum and will handle a bike with an overall length of 75 inches and a rear tire up to 5.5 inches in width. A ramp of the same material – with a solid, full-width attaching lip – is included with the AMC-400 and mounts to the carrier when not in use. Given its 400 pound capacity, the unit is only suited for Class III hitch or above. The 18 inch hitch tube is fully powder-coated and made of solid steel. 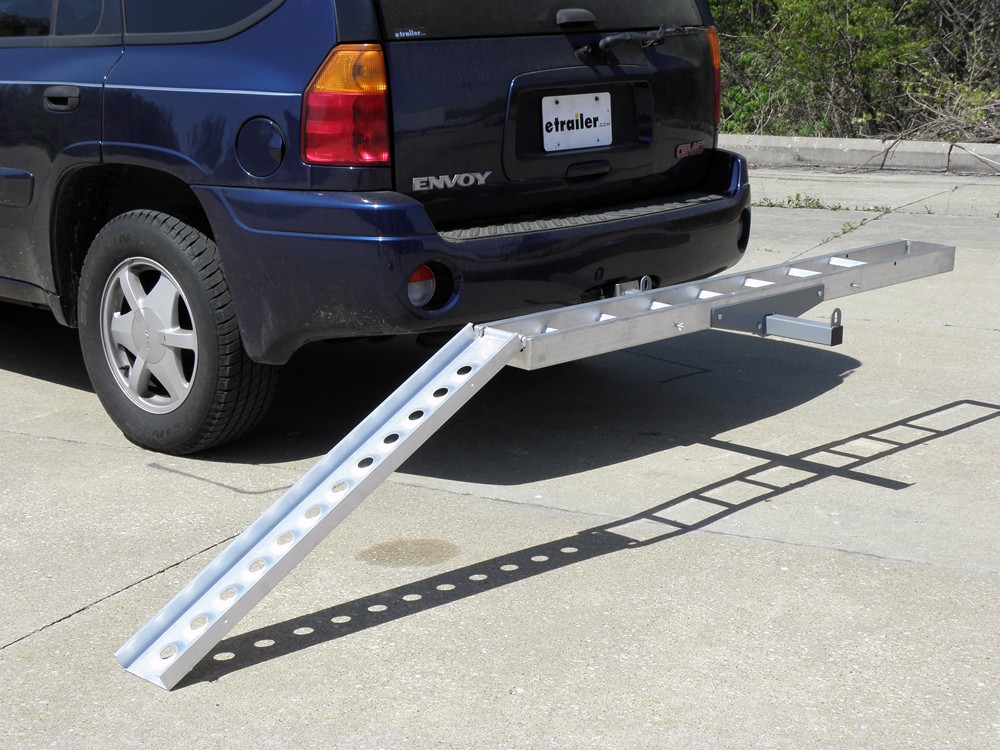 To stabilize the motorcycle and carrier assembly in its mount the AMC-400 includes a reverse anti-tilt device which locks it in place. For installing the carrier, all you have to deal with are eight nuts and bolts and then an easy lift to hook it into your tow vehicle’s hitch.

A carrier is considered successful if it does its job without causing damage to either the motorcycle or the tow vehicle – simply get it from where the bike is to where it needs to be without violence. The Rage AMC-400 does this and more; it is well-designed, strongly built and easy to use for anyone who can easily move their dirt bike around a garage or at the track. 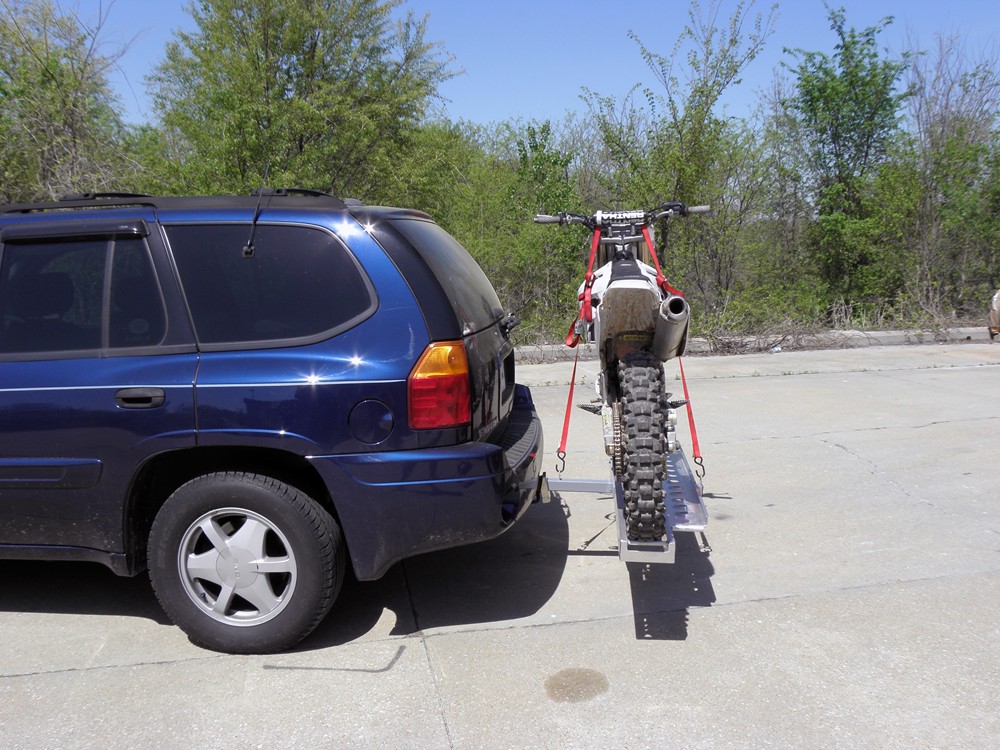 Looking at the AMC-400, you can see that they have made some concessions to cost, but it is of solid construction and there are no worries about it being able to live up to its billing. Installation is as easy as advertised, and it can be done solo quite easily; it may even be easier alone. It’s lightweight enough to also be quick to mount. Pushing the bike up the ramp is simple and again can be done with just one person, but it is easier with two as one can be tying things down while the other holds up the bike. All in all, this is a quality carrier.

The Rage AMC-400 retails for around US$130, but shipping can cost extra or may be free if you look hard enough. It is suggested that you pick up some wheel ties when you make the purchase, though, as they are not exactly a common item in a rider’s garage. And, a hitch pin is not included, so you will need your own. Even with the caveats, though, the Rage AMC aluminum motorcycle carrier is a very good deal for a very useful device.