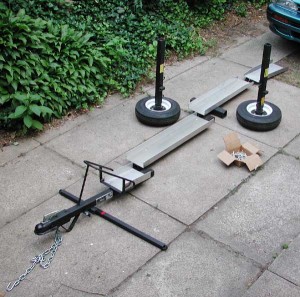 The Trailer in a Bag Review 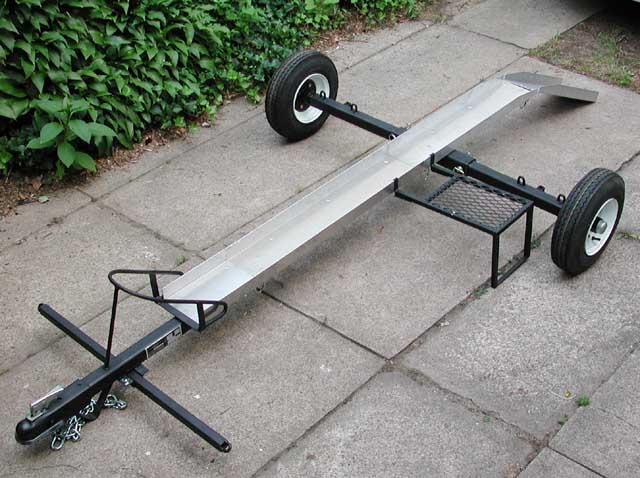 If ever a product lived up to its name, the Trailer in a Bag would be about as perfectly descriptive as you can get – it aptly says what it is. The unit would appear to be about as basic as possible for being considered legal on the road; in fact, the most heard comment seems to be that the wheels look as if they belong on a child’s tricycle. However, the many people who have taken the jump and made use of the Trailer in a Bag have been rather complimentary of how it performs – honestly, do your own search and you will find the same thing. Its main claim to fame is the primary reason for making the purchase, and that is its portability. That means that if it only performs adequately as a trailer, its ability to break down and be carried in a car’s trunk would make this carrier worth looking into seriously. So, what is the Trailer in a Bag?

The Trailer in a Bag is made in the state of Florida by a company whose sole focus appears to be this product. This is often a good thing since you have to make something well to continue existing in the market. The Trailer in a Bag is made of structural-grade steel (the kind used to build your average skyscraper) that is 1/4 inch in thickness, yet it still remains light; it only weighs 140 pounds, with the heaviest single part tilting the scales at only 33 pounds. The coupler is the standard 2 inch with a 3500 pound rating, and the spindles on each axle are rated at 1000 pounds each. Attached to that are eight-ply tires coupled to bearings rated for 7500 RPM, and designed for regular use. The upside of the light weight also includes a tongue weight of between 120 and 160 pounds, which means it will work with virtually all hitch types. 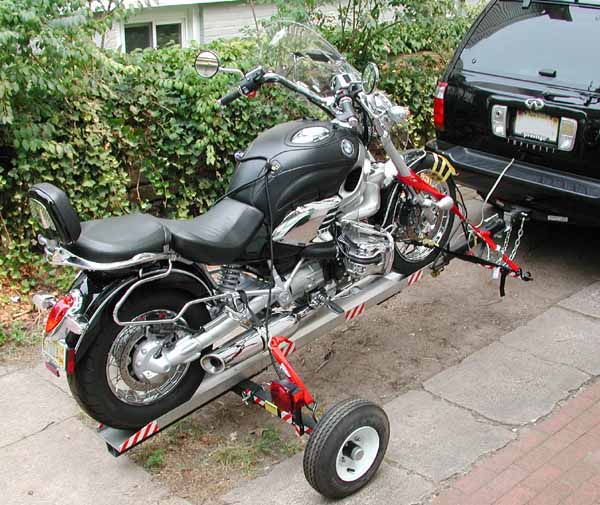 The length of the trailer, when assembled, is nearly 6 feet long (71 inches), and even that can be extended with an optional accessory kit. That is only one of the many possible changes you can make to the unit in order to suit your taste, needs or local regulations. On-road conspicuity is handled with a proper lighting setup; though it is rather simple, it does work. The wheels sit around 60 inches apart for added stability and it will work very well on the highway according to many owners. The newer models have been designed to use a condor wheel chock which increases the overall stability of the bike and trailer combination, and gives you some peace of mind.

Probably the most important part is that you can carry a motorcycle weighing up to 2000 pounds at any legal speed, you can load a bike onto the Trailer in a Bag alone, it works very well with virtually any configuration of towing vehicle, and it collapses down to fit within a 48 inch long duffel bag included with the purchase. And, assembly is said by the manufacturer to take around five minutes or so once you are experienced with the process.

Trailer in a Bag is an honest revelation in convenience as far as motorcycle trailers are concerned; it will suit almost any motorcycle in production today, though some will require the extension. The highway manners of the carrier are very respectable, and it handles fine behind a medium sized sedan. It’s rather small size actually helps here, but you should practice with it before setting off on a long trip with no experience. If you live in an apartment or you have limited space at either your home or your destination, the Trailer in a Bag will fit in a space similar to that of large suitcase. 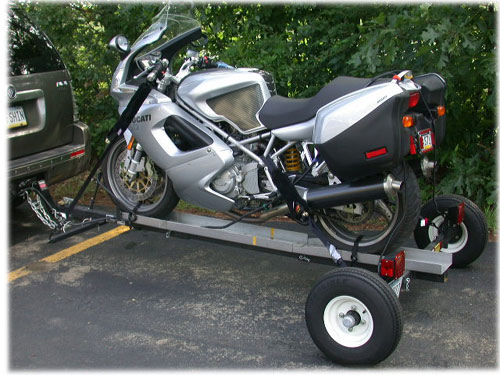 All in all, the Trailer in a Bag outperformed expectations and it can be recommended without worry, but be sure to take care good care of it. The base model will set you back US$1195, but there are probably some accessories you will want to purchase. And, there is a double-rail version for pulling two motorcycles which sells for $1000 more, with the same accessories applying here as well. The Trailer in a Bag is a great solution for transporting your ride.